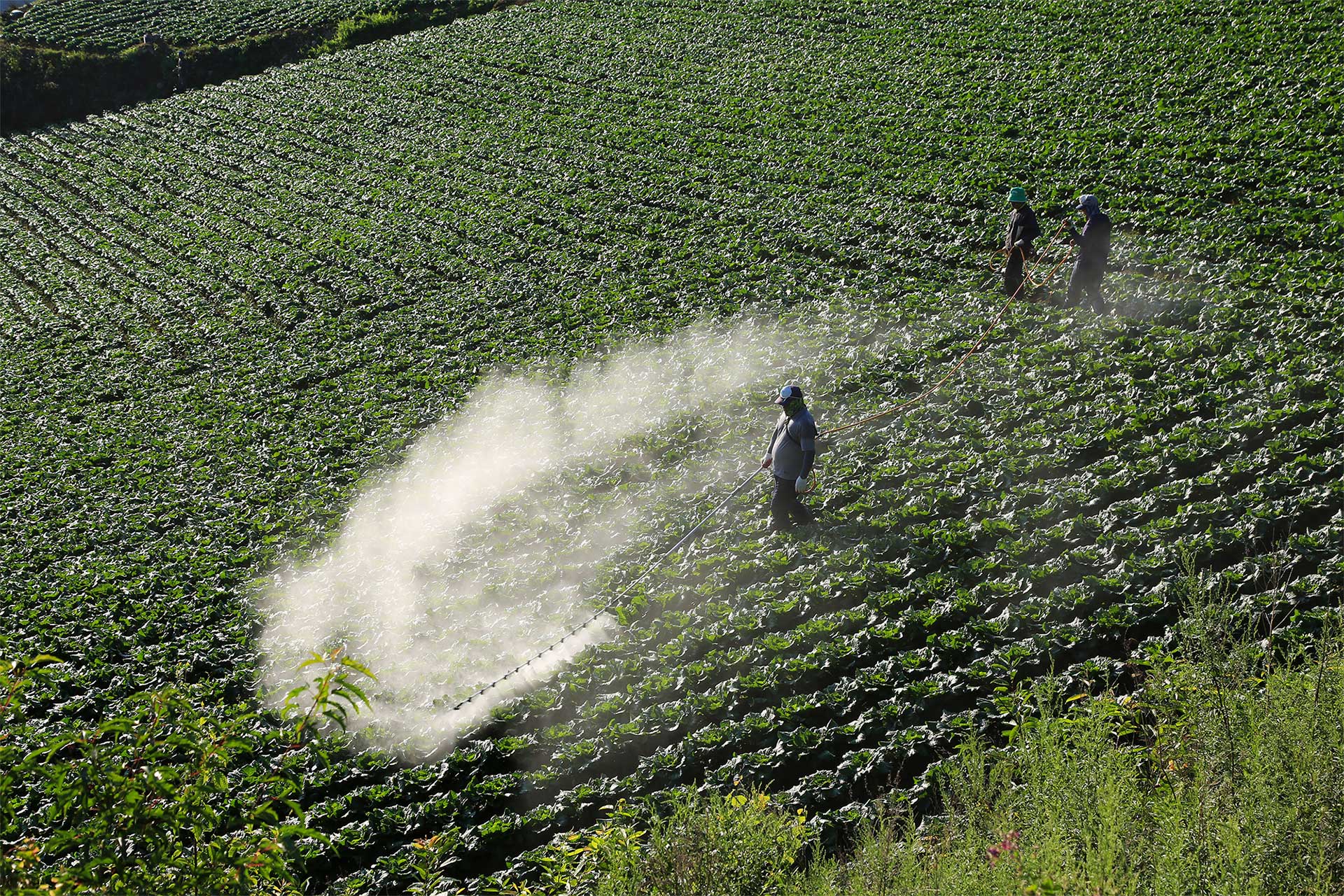 Pesticide Action Network (PAN) today congratulates the countries moving to ban Highly Hazardous Pesticides (HHPs) that are harming people and the environment, as the global organisation releases the  6th edition of  the PAN International Consolidated List of Banned Pesticides. The Bans List provides a basis for political action, providing a long list of pesticides that many countries have found too hazardous for use and for which they have found alternatives.

This new consolidated list of hazardous pesticides comes during the 2022 Conference of Parties meeting of the Basel, Rotterdam and Stockholm Conventions (BRS), in which pesticides listing is discussed. As the United Nations Food and Agriculture Organization (FAO) Council holds its 170th session, PAN International also calls on Member States of the FAO Council to make urgent progress on the goal to phase-out HHPs globally by 2030.

The latest edition sees the addition of 73 new pesticide active ingredients newly banned by governments in at least one of 168 countries because of threats to human health and/or the environment.  The European Union and UK once again scored highest with the number of pesticides banned (464*), followed by Turkey (212) and Saudi Arabia (201) which banned more than 200 currently used pesticides. Brazil (133) is the stand out country in Latin America. Indonesia (62) and Cambodia (60) scored highest in Asia, but the region is a long way behind.

Despite this good news, there is an urgent need for all countries to take strong action to ban more hazardous pesticides, especially in Asia, Africa and Latin America where most of these pesticides are used. The recent review of unintentional acute pesticide poisoning (UAPP) found that 44% of the global farm workforce is acutely poisoned by pesticides every year. The percentage of farmers and farmworkers being poisoned every year rises sharply to 51% for South East Asia and nearly 65% for South Asia – correlating with the failure of many Asian countries to ban the pesticides causing the problems.

“It is encouraging that 39 countries have now banned chlorpyrifos ahead of the expected listing of this highly toxic pesticide under the Stockholm Convention on Persistent Organic Pollutants for a global ban. It is anticipated that by next year, many more countries are likely to have banned it,” said Dr. Meriel Watts, Director of Policy and Science at PAN Asia Pacific. Chlorpyrifos is linked to brain damage and is especially toxic to children.

Other bans of note are Sri Lanka’s ban of glyphosate, bringing the total of countries that have banned the widely used herbicide linked to cancer and other diseases to four. Paraquat, the most highly toxic of all herbicides in use, is now banned by at least 58 countries.

The FAO Council, in 2006, recommended a progressive ban on HHPs. The FAO, UN Environment Programme (UNEP) and World Health Organization (WHO) started to develop a Global Action Plan on HHPs; however, there is little progress on this plan for the international community to eliminate HHPs and phase-in alternatives.

“It has long  been acknowledged by international institutions like UNEP, FAO and SAICM that global action is needed to tackle the health and environmental problems caused by HHPs. The Bans List shows that although some countries have made a good start,  many countries have a long way to go. We need political will to implement a clear phase-out strategy with the goal to ban HHPs in agriculture by 2030,” said Keith Tyrell, PAN International Chairperson and PAN UK Director.

Global efforts to ban and phase-out HHPs are also being undermined by increasing corporate influence in the UN, as exemplified by the partnership between FAO and the pesticide industry association CropLife International.  On behalf of 430 civil society and indigenous peoples organisations from 69 countries, PAN International submitted a letter of appeal to members of the FAO Council ahead of its meeting. In the letter, the FAO Council was asked to direct the FAO Director-General to rescind the agency’s partnership with CropLife, following recommendations made by UN Special Rapporteur Michael Fakhri during the Human Rights Council 49th Session. PAN and 10 other global civil society and Indigenous peoples organizations also submitted a briefing report to FAO Member States addressing the conflict of interest and incompatibility of FAO’s partnership with CropLife.

Marcia Ishii, Senior Scientist and Regional Coordinator for PAN North America, explained, “FAO must lead the way by taking decisive action to phase-out HHPs globally and support the growing desire among Member States to transition to agroecology, an approach that enables farmers, workers and communities to create healthy, climate-resilient food and farming systems without the use of toxic pesticides. However, so long as FAO pursues partnerships with the world’s largest pesticide companies, as detailed in PAN’s Briefing submitted to Member States last week, the organization will fail utterly to deliver the kind of visionary responsible leadership that the world needs.”

“A large proportion of pesticides classified as ‘extremely hazardous,’ most of which are banned in the European Union, are still marketed elsewhere in the world, particularly in Africa. These products carry high risks for the health of farmers and have deleterious consequences for agriculture and biodiversity. These chemical pesticides are still used in Côte d’Ivoire, Burkina Faso, Morocco, and more widely in Africa, even though they are considered toxic for human health and the environment. While some decision makers do not know enough about the impacts of these products, those who are aware of their effects and still allow these products to enter national markets are willingly putting our lives in danger,” said Maimouna Diene, PAN Africa Regional Coordinator.

Javier Souza, Regional Coordinator of PAN Latin America, meanwhile said, “The continued use of Highly Hazardous Pesticides in agricultural activities and at the household level, for example in pets and for the management of insect vectors of disease, is an affront to socio-environmental health as it impacts on all living beings. We are not condemned to use these pesticides. On the contrary, agroecology is a paradigm to produce healthy and wholesome food at a lower cost than using pesticides, and above all, without environmental impact. FAO and governments should support, with information and other public policies, the transition to other agro-food systems capable of producing food for everyone, respecting food sovereignty and all human rights and adapting to climate change.”

*The figure 464 for the EU and the UK is constituted as follows: 195 banned + 269 specifically ‘not approved’ pesticides which are Highly Hazardous Pesticides (HHPs) and/or  banned  by  another  country. For more information, see Explanatory Note.